One of the main causes of car accidents is reckless driving. But unlike improper driving, which is a civil traffic violation, reckless driving is considered a criminal offense with severe repercussions. Since this is irresponsible behavior, if you get injured by someone that was driving recklessly, talk to a car accident lawyer. A legal expert will help you get compensated for the damages suffered. Take a look at incidences that are considered reckless driving. 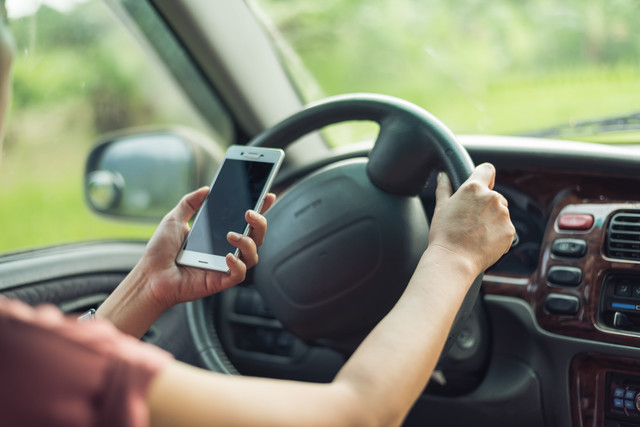 Speeding is not just going over the speed limit. It can also be reckless behavior such as driving too fast in poor road conditions like snow and rain. Obviously, a person driving at 80 mph in a school zone is reckless. But so is the person driving the stated limit on a snow-covered road, yet it is only safe to drive at half that speed. Driving too fast in construction zones can be dangerous as well. The danger with speeding is that it does not give you enough time to react in the face of danger. Also, the impact of a car accident caused by speeding is more severe.

According to the Centers for Disease Control and Prevention, nine people die every day in car accidents involving a distracted driver. Here is a list of things that can distract you as you drive:

Drivers are advised to only focus on one activity on the road, which is driving. If you have to do any of the above activities, stop at a safe place, do them first, and then continue with your journey. There is no point in putting yourself and other people on the road in unnecessary danger.

Weaving In And Out Of Traffic

Everyone has been on the road with that person who treats traffic as if it is a Slalom race. You will notice the car zipping from one lane to the other, often at high speeds. The worst part is that such drivers will neither signal nor care about how they are cutting other vehicles off. This type of reckless driving can easily scare other drivers, which only increases the risk of an accident.

You are driving to the store, and just when you are about to make a turn, another driver zooms ahead of you without any warning. Your first instinct is to honk and start shouting at the other driver. However, you should not. This behavior never ends well. Road range is counterproductive, impulsive, and can result in street fights or accidents. And while everyone has experienced it at some point, it is not acceptable.

Racing is another form of reckless driving that is particularly common among young people. It is often driven by the need for some people to prove that they are better drivers. However, this act is not only selfish, but dangerous as well. You are risking the lives of innocent drivers on the road. If you want to race, find a sanctioned drag strip. And if someone overtakes you on the highway, do not take that as an invitation to start racing.

While crashes caused by reckless driving can lead to minor injuries, others cause significant injuries like broken bones, whiplash, psychological trauma, lacerations, spinal cord injuries, and minor to severe brain injuries. Get medical attention first and once you are in a better position, hire an attorney for legal representation.

Reckless driving is dangerous and unnecessary. It leads to property damage, serious injuries, and death in the case of fatal accidents. If a driver was being reckless and they hit you, you should get an attorney to help you secure a fair settlement.